What is Antisocial Personality Disorder? 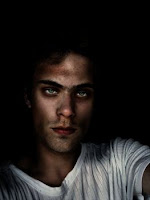 Antisocial Personality Disorder (APD) is specifically a pervasive pattern of disregarding and violating the rights of others. Diagnostic criteria for this disorder state that this pattern must include at least three of the following specific signs and symptoms:

• A lack of feeling guilty about wrong-doing
• Disregard for personal safety or the safety of others
• Failure to think or plan ahead
• Lack of conforming to laws, as evidenced by repeatedly committing crimes
• Persistent lack of taking responsibility, such as failing to establish a pattern of good work habits or keeping financial obligations
• Repeated deceitfulness in relationships with others, such as lying, using false names, or conning others for profit or pleasure
• Tendency to irritability, anger, and aggression, as shown by repeatedly assaulting others or getting into frequent physical fights

Other important characteristics of this disorder include the following:

• it can’t be diagnosed if the individual only shows symptoms of APD at the same time they are suffering from schizophrenia or when having a manic episode
• it isn’t diagnosed in kids younger than 18 years of age, but the affected individual must have shown symptoms of this diagnosis at least since 15 years of age
• it tends to occur in about 1% of females and 3% of males in the United States

What is the difference between Antisocial Personality Disorder and psychopathy?

In contrast, psychopathy, although not a mental health disorder formally recognized by the American Psychiatric Association, is considered to be a more severe form of APD. Specifically, in order to be considered a psychopath, the person must experience a lack of remorse of guilt about their actions in addition to demonstrating antisocial behaviors. While 50%-80% of incarcerated people have been found to have APD, only 15% have been shown to have the more severe APD-type of psychopathy.

Psychopaths (also called sociopaths) tend to be highly suspicious or paranoid, even in comparison to people with APD. The implications of this suspicious stance can be dire, in that paranoid thoughts tend to lead the psychopathic individual to interpret all aggressive behaviors toward them, even those that are justified, as being arbitrary and unfair. A televised case study of a psychopath provided a vivid illustration of the resulting psychopathic anger. Specifically, the criminal featured in the story apparently abducted a female and sexually abused her over the course of a number of days in an attempt to prove to investigating authorities that his step-daughter's allegations that he sexually abused her were false.

One of the most frequently asked questions about APD is whether or not it is genetic. Many wonder if it is hereditary. If this were the case, kids of antisocial parents would be highly expected to become antisocial themselves, whether or not they live with the antisocial mother/father. Fortunately, people are just not that simple. Like all personality disorders, and also most mental disorders, APD tends to be the result of a combination of biologic/genetic and environmental factors.

Although there are no clear biological causes for this disorder, research on the possible biologic risk factors for developing APD indicates that the part of the brain that is primarily responsible for learning from one's mistakes and for responding to sad and fearful facial expressions tends to be smaller and respond less robustly to the happy, sad, or fearful facial expressions of others. That lack of response may have something to do with the lack of empathy that antisocial people tend to have with the feelings, rights, and suffering of others. While some people may be more vulnerable to developing APD as a result of their particular genetic background, that is thought to be a factor only when the individual is also exposed to life events (e.g., abuse or neglect) that tend to put the person at risk for development of the disorder. Similarly, while there are some theories about the role of PMS and other hormonal fluctuations in the development of antisocial personality disorder, the disorder can, so far, not be explained as the direct result of such abnormalities.

Other conditions that are thought to be risk factors for APD include:

Individuals who experience a temporary or permanent brain dysfunction (also called organic brain damage) are at risk for developing violent or otherwise criminal behaviors. Theories regarding the life experiences that put individuals at risk for APD provide important clues for its prevention. Examples of such life experiences include:

• a history of childhood physical, sexual, or emotional abuse
• a parent who is either antisocial or alcoholic
• associating with peers who engage in antisocial behavior
• deprivation or abandonment
• neglect

How is Antisocial Personality Disorder diagnosed?

There is no specific definitive test (e.g., blood test) that can accurately assess whether an individual has APD. Professionals conduct a mental-health interview that looks for the presence of the symptoms previously described. Due to the use of a mental-health interview in making the diagnosis and the fact that this disorder can be quite resistant to treatment, it is important that the professional know to assess the symptoms in the context of the person’s culture so that particular individual is not assessed as having APD when he/she doesn’t. Unfortunately, research shows that many professionals lack the knowledge, experience, and sometimes the willingness to factor cultural context into their assessments.

What are the treatments for Antisocial Personality Disorder?

While it can be quite resistant to change, research shows there are a number of effective treatments for this condition. For example, teens who receive therapy that helps them change the thinking that leads to their maladaptive behavior has been found to significantly decrease the incidence of repeat antisocial behaviors.

On the other hand, attempting to treat APD like other conditions is not often effective. For example, programs that have tried to use a purely reflective approach to treating depression or eating disorders in individuals with APD often worsen rather than improve outcomes in those persons. In those cases, a combination of firm - but fair - programming that emphasizes teaching people with APD the skills that can be used to live independently and productively within the rules and limits of society has been more effective.

While medications don’t directly treat the behaviors that characterize APD, they can be useful in addressing conditions that co-occur with this condition. Specifically, depressed or anxious people who also have APD may benefit from antidepressants, and those who exhibit impulsive anger may improve when given mood stabilizers.

What happens if Antisocial Personality Disorder is not treated?

Some societal costs of APD (e.g., the suffering endured by victims of the crimes committed by individuals with this disorder) are clear. However, when individuals with APD are the charismatic leaders of religious cults, the devastation they can create is often not known unless and until a catastrophe results (e.g., the mass suicide that occurred at the command of the Reverend Jim Jones in Guyana in 1978).

People who suffer from APD have a higher risk of abusing alcohol and other drugs and repeatedly committing crimes. Imprisonment is a potential consequence. Individuals with APD are also vulnerable to the following:

APD tends to make virtually any other condition more problematic and difficult to treat. Having APD makes people who also have a substance abuse problem more difficult to help abstain from alcohol or other drug use. Individuals who have both APD and schizophrenia are less likely to comply with treatment programs and are more likely to remain in an institution like prison or a hospital. These risks become magnified if APD is not treated. Statistics indicate that many individuals with APD experience a remission of symptoms by the time they reach 50 years of age.

• A personality disorder (PD) is a persistent pattern of thoughts, feelings and behaviors that is significantly different from what is considered normal within the person's own culture.

• Although APD can be quite resistant to treatment, the most effective interventions tend to be a combination of firm but fair programming that emphasizes teaching APD people skills that can be used to live independently and productively within the rules and limits of society.

• APD is likely the result of a combination of biologic/genetic and environmental factors.

• APD is specifically a pervasive pattern of disregarding and violating the rights of others and may include symptoms such as breaking laws, frequent lying, starting fights, lack of guilt and taking personal responsibility, and the presence of irritability and impulsivity.

• If untreated, individuals with APD are at risk for developing or worsening a myriad of other mental disorders. APD individuals are also at risk for self-mutilation or dying from homicide or suicide.

• Many individuals with APD experience a remission of symptoms by the time they reach 50 years of age.

• Personality disorders are grouped into clusters A, B, and C based on the dominating symptoms.

• Psychopaths tend to be highly suspicious or paranoid, even in comparison to people with APD, which tends to lead the psychopathic person to interpret all aggressive behaviors toward them as being arbitrary and unfair.

• Psychopathy is considered to be a more severe form of APD. Specifically, in order to be considered a psychopath, the person must experience a lack of remorse or guilt about their actions in addition to demonstrating antisocial behaviors.

• Research indicates ethnic minorities tend to be falsely diagnosed as having antisocial personality disorder, inappropriately resulting in less treatment and more punishment for those people.

• Since there is no specific definitive test that can accurately assess the presence of APD, professionals conduct a mental-health interview that looks for the presence of antisocial symptoms. If the cultural context of the symptoms is not considered, APD is often falsely diagnosed as being present.

• Some theories about the biological risk factors for APD include dysfunction of certain genes, hormones, or parts of the brain.

• Theories regarding the life experiences that put individuals at risk for APD include a history of childhood physical, sexual, or emotional abuse; neglect, deprivation, or abandonment; associating with friends who engage in antisocial behavior; or having a mother or father who is either antisocial or alcoholic.

• While medications do not directly treat the behaviors that characterize antisocial personality disorder, they can be useful in addressing conditions like depression, anxiety, and mood swings that co-occur with this condition.