The term “discipline” refers generally to the practices that parents use to teach their kids rules of conduct and to enforce those rules. Disciplinary practices for children and teens with Oppositional Defiant Disorder (ODD) include: (a) creation and discussion of rules and expectations, (b) reminders of rules, (c) positive consequences for adhering to rules, and (d) negative consequences for breaking rules. In discussions with children, rules can be referred to as “expectations.”

1. Inductive Discipline Style: The term “inductive discipline” is commonly used by psychologists to refer to the most effective type of parental discipline of kids. Inductive or positive discipline is designed to avoid power struggles, arbitrary use of parental authority, and other forms of negative interaction around discipline. This approach to discipline is often associated with “authoritative parenting,” which is the positive middle ground between extreme permissiveness on one side, and extreme arbitrariness or “authoritarian parenting” on the other.

“Authoritative” moms and dads maintain their proper role as their youngster’s authority figure, but also discuss and negotiate with their kids and turn over decision making to kids when it is proper to do so. When kids behave in ways that are considered positive, they receive positive reinforcement and the reason for the reinforcement is clearly explained. For example, “Jake, you’ve done a great job of keeping your room neat and your things in order. That means that I don’t have to nag or spend time cleaning up after you. That saves me time, so we can go to the movies.” Or in the case of negative behavior: “Jake, your room is a mess after you told me you would clean it up. Now we’re both going to have to spend extra time getting your room ready for guests. So we won’t be able to go to the movies. That’s what happens when you don’t do the little things that you promise to do.”

Moms and dads who use inductive or positive discipline also listen to their kids and invite them to explain why they did what they did. Discussion is frequent. Moms and dads are understanding, but also consistent in their enforcement of the important rules of the house.

Because of the clear explanations, ODD kids come to understand that there are clear rules for them to follow, good reasons for the rules, and natural and logical consequences that follow behavior that is consistent with the rules and or that is in violation of the rules. When homes are organized around inductive or positive discipline with more positive reinforcement than consequence, kids recognize the orderly organization of life around them and develop better self-regulation than kids who do not receive inductive discipline. Kids who are raised in these homes tend to have better self-regulation later in childhood and adolescence than kids whose moms and dads rely on less positive styles of parenting. In effect, kids “internalize” reasonable rules of conduct and their rationale, and they come to use these principles as their own decision-making system. Kids develop positive self-regulation in part because they have lived in a world that is organized and predictable, including well understood rules of conduct.

2. Deductive Discipline Style: In homes characterized by “deductive discipline,” rules are created and then enforced by moms and dads with consequences and rewards. The youngster is expected to “deduce” or figure out the rules by seeing how his behavior is rewarded or punished. There are few clear explanations given for rewards or consequences. Although enforcement might be consistent, consequence may come to be seen by the youngster as arbitrary, rather than a natural and logical consequence of violating a clearly understood rule. Power struggles may be common.

3. Arbitrary Consequence Style: In homes that use arbitrary consequence, moms and dads discipline their kids in ways that are not clearly related to any rules or standards. Often consequence is physical. A consequence can be imposed for whatever reason the parent decides on the spot is a good reason for the consequence. There is no consistency or obvious standard. Rules and standards are not discussed with the kids. There is little negotiation or respect for youngster decision making. Kids are confused about what they are supposed to do and come to fear their moms and dads. Power struggles or other forms of parent-child conflict are common.

4. Permissive Style: In contrast to homes in which arbitrary consequence is used frequently, permissive homes are characterized by very few rules and few disciplinary practices. Kid’s choices, including impulsive behaviors, are largely respected and accepted. Few boundaries are placed around the youngster’s behavior. Although on the surface, this may appear to be a “child-centered” home, the kids may not experience the regularity and organization they need to learn how to think for themselves and make good decisions. Because there are no boundaries, the kids may feel insecure and confused. ODD kids develop positive self-regulation in part because they have lived in a world that is organized and predictable, including well understood rules of conduct.

DISCIPLINE FOR ODD CHILDREN AND TEENS

1. When it comes to parenting ODD children and teens, it is critical to focus primary effort on preventing negative behavior rather than reacting to that negative behavior. This is common sense when dealing with toddlers who are famous for being impulsive. Moms and dads try hard to “child proof” the environment so that they do not have to spend their days reacting to the difficulties that an impulsive toddler will inevitably get into. Many kids with ODD, ADHD, and other diagnoses are like toddlers with respect to impulsiveness. Thus prevention is the key.

4. Complete consistency in implementing behavior or discipline programs from person to person, from and time to time, and across parents and educators is a desirable goal, but fraught with limitations and sure to lead to frustration. However, it is important for all parents and educators to “be on the same page” with respect to rules, their implementation, and consequences for violations. Substantial inconsistencies will likely lead to increased behavior problems.

5. ODD children should have a clear understanding of why specific rules exist and why specific consequences are associated with violations. These discussions should occur during periods of calm, not during a behavioral crisis, and should be available in written format for the child to use as a cue in future task assignments.

6. Many children with ODD do not learn efficiently from the consequences of their behavior. Therefore, their behavior management plans are primarily focused on antecedent (advance) supports to prevent negative behavior. Nevertheless, when they do behave in negative ways, there should be consequences so that the child learns that certain behaviors are followed by specific consequences. These consequences may not modify the behavior, but at least the child learns about how the world works. Ideally these consequences are naturally and logically related to the behavior so that they make sense to the child. For example, if a child trashes his room, a natural and logical consequence is to have him clean it up. It is not a natural and logical consequence, for example, to be forced to sit in the corner for an hour.

7. When it is necessary to discipline an ODD youngster, this should be done calmly and quickly with the youngster removed from other kids. There should be no conflict over who is in control. The focus is on rule violation only. Parents must choose their battles wisely so that they know that they will successfully administer discipline if it is required.

8. When the child AND the parent are extremely upset, it is not the time to administer any consequences. Under these emotionally charged circumstances, the net effect of a consequence is to increase anger, not to learn anything. The goal when ODD children are in crisis or emotionally upset is simply to end the crisis and reduce the emotionality of the situation without anybody getting hurt. Thus, the most immediate action is to remove the child from the environment or stop the environmental stimulation. The time to discuss the consequences of negative behavior is later when the child is calm. Again, prevention is the key to minimizing aggressive or angry outbursts.

9. When a child engages in negative behavior as a result of neurologically-based impulsiveness, lack of initiation, inability to recall the appropriate response, or reduced “reading” of social cues and situations, moms and dads must first understand the source of the difficulty. However, understanding is not the same as excusing. Inexcusable behavior is inexcusable even if it is in part a product of the child’s neurological difficulties. Rather than excusing behavior, moms and dads should redouble their efforts to help the child avoid the negative behavior in the future.

10. In a classroom or home, rules should be formulated positively, in terms of what parents and teachers want the children “to do” versus what they want them “to avoid.” For example: 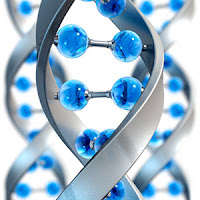 Is the cause of Oppositional Defiant Disorder biological?

There appears to be no single cause that produces Oppositional Defiant Disorder (ODD); however, researchers do agree that there is a strong genetic and biological influence involved.

Research suggests that behavioral problems in ODD kids may occur as the result of defects in - or injuries to - the brain.

Other biological factors found in those diagnosed with Oppositional Defiant Disorder is (1) a difficult temperament, (2) above normal levels of testosterone, and (3) low physiological arousal (i.e., under-arousal) in response to stimulation.

Several theories have tried to explain why under-arousal may be associated with increased behavior problems. Some researchers suggest that under-arousal results in sensation-seeking and perhaps in disruptive behaviors to maintain optimal arousal. Others have suggested that the under-arousal results in an under-reaction of guilt or anxiety, which in turn would inhibit these behaviors in typically developed children. A third theory suggests that both under-arousal and aggressive behaviors are results of deficiencies in the functioning of the prefrontal cortex, limiting the child’s reasoning, foresight, and ability to learn from experience.

Many kids and adolescents with ODD also have other mental illnesses (e.g., ADHD, learning disorders, depression, anxiety disorder), which may contribute to their behavior problems.